17.05.2021 - The apprentices Ahmad Altawil and Noori Abdulhamed from Syria successfully completed their training as electronics technicians for industrial engineering.

Apprenticeships at Grenzebach: Ahmad Altawil and Noori Abdulhamed from Syria have had great success with the practical final examinations to become electronics technicians for industrial engineering.

“Learning together. Laughing together. Working together.” That’s how Noori Abdulhamed describes the atmosphere at Grenzebach. Like Ahmad Atlawil (34), the 26-year-old trained as an electronics technician for industrial engineering and passed both the practical examination and the theoretical part with flying colors. Noori Abdulhamed now works at the company in Asbach-Bäumenheim in switch cabinet construction, while Ahmad Atlawil works in hardware construction. They have already learned everything that is required to master their tasks in terms of skills and knowledge in the time since they started their training in 2017 – from reading circuit diagrams to setting up control panels in large systems for the automotive and glass industries. The knowledge that they have acquired at the vocational school over the past few years, including programming, is in daily demand at Grenzebach.

Ahmad is thrilled that he also made many new friends through work. “I ride my bike to work a lot. When it was broken, my colleagues helped me fix it.” His story of finding his feet in Germany through training at Grenzebach was picked up by the Bayerische Fernsehen channel on the program Die Abendschau – der Süden. Noori Abdulhamad and Erich Rößner, his trainer, gave an insight into their work together in the broadcast.

Erich Rößner is as thrilled about the successful qualification as the two young men from Syria and is pleased that young people at Grenzebach got involved in supporting refugees early on. The engagement of apprentices as part of “Grenzebach hilft” in the transition class at Donauwörth vocational school was a decisive step. “Grenzebach hilft” is a project group formed by second-year apprentices. The group collects donations for charitable associations in the region but also implements practical actions based on of joint plans. “Before going into the transition class at the vocational school, we had done a workshop with the apprentices on intercultural issues. This fits in with the company’s practice of not only imparting practical skills and theoretical knowledge but also values,” says Erich Rößner.

It has to be something to do with electrical engineering! For 34-year-old Ahmad, Grenzebach made his dream of starting a career in Germany a reality. He had studied electrical engineering in the Syrian capital until 2014. Before he could take his exams, he fled – for fear of being drafted into the military. He came to Frankfurt am Main via Lebanon and Turkey. From there, the journey continued via Munich, Ingolstadt, and Donauwörth to Asbach-Bäumenheim. “I met a lot of people who work at Grenzebach. It was very helpful to know some things about the company beforehand.”

“It was just the Right Thing for me”

Noori Abdulhamed comes from the town Deir ez-Zor, close to the border with Iraq, and about 200 kilometers east of Aleppo. When he left the city with his family in 2015, IS had already been rampaging there for three years. Noori came to Munich via Damascus at the end of 2015. From Donauwörth, he went to Asbach-Bäumenheim. He had studied law in Damascus and wanted to study media and communication at the University of Augsburg. In preparation for his studies, Noori had taken German lessons at Donauwörth vocational school and heard there about Grenzebach. He then did an internship at Grenzebach and asked about an apprenticeship. “It was just the right thing for me, doing something practical.”

According to Rößner, language barriers were more of an issue at the vocational school than during on-the-job training. “The trainers and the other apprentices were very helpful and patient – that was very important, especially at the start, because there were many language difficulties,” says Ahmad Altawil. Ahmad continues: “The trainers kept asking if we need anything or if something was unclear. Mr. Rößner told us again and again not to be shy if there is something we don’t understand. That was a new experience for us and made a lot of things easier.” Ahmad and Noori also found the study groups, which have already a tradition at Grenzebach, very helpful. Due to the pandemic, these groups moved online in recent months. Whether virtual or analog, the other apprentices kept offering support beyond school and work. Ahmad has made many friends through studying together and through work. “I didn’t have that big a group of friends in Syria.”

Having the opportunity to get involved in social projects within their company in addition to their regular work excites the two Syrians. Both of them participated in “Grenzenbach hilft” and Noori was also active as a youth and apprentice representative. Noori concludes by saying “I find the mood, atmosphere, and cooperation at Grenzebach to be excellent.”

A Total of 173 Apprentices at Grenzebach since 2010

Offering young people good prospects is simply a part of Grenzebach. Since 2010, 173 young men and women have completed an apprenticeship at Grenzebach, 28 of them in the electrical sector. At present, 50 young people are learning a trade at the company in Hamlar. Erich Rößner stresses that “Good training is a matter close to the hearts of all of us at Grenzebach. Each and every member of staff is very committed to helping young people.” 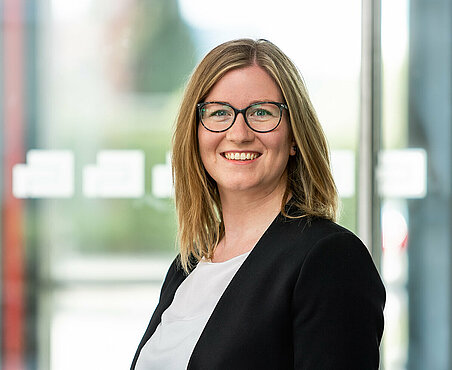