With #followfalk getting to know professions at Grenzebach

11.11.2019 - During his visit, apprentice Georg Bühler talks to Falk about how he contributes to the project “Factory of the Future” at Grenzebach.

During his visit, apprentice Georg Bühler talks to Falk about how he contributes to the project “Factory of the Future” at Grenzebach.

For Automated Guided Vehicles L1200S from Grenzebach to move goods carriers in production and the warehouse, Georg Bühler is in charge of all electronics. The 18-year-old is an electronics technician-to-be for production engineering – his duties and the cooperation with his co-workers are the focus of the #followfalk videos at Grenzebach.

Keeping pace with the Factory of the Future

In just 5 minutes it shows that an electronics technician for production engineering has many exciting job duties, including building control cabinets and programming. Merged into a strong team, Georg is actively contributing towards the Factory of the Future.

Shoot! Host Falk Schug of the metal and electrical industry association is touring the offices and manufacturing floors with Georg Bühler and other Grenzebach employees in Hamlar. He wants to know as much as possible about the high-tech work of this Company. To showcase the safety of people when operating a L1200S, the Automated Guided Vehicle directly heads towards Georg Bühler but stops at the exact predetermined distance. To be able to visualize the processes in an automated production and warehouse within the glass industry including robots, cutting and handling technology as well as AGV systems, Falk puts on his VR glasses, a technology Grenzebach engineers use for their daily work.

With the film series #followfalk, the metal and electrical industry association talks about training professions in that industry. “#followfalk uses modern media to inform young people about the exciting daily tasks of our apprentices. This is a project that we very much enjoy supporting. We appreciate the visit and the well carried out short movie”, says Barbara Mayr, Head of the Apprentice Training Center at Grenzebach. Georg Bühler, who is in his second training year shows that he does not only know a lot about electronics, but also plays a convincing main character. Take a look!

Grenzebach rolling out the “German Style Apprenticeship“ in the state of Georgia.

Headed for the Factory of the Future

Featuring the Mobile Robot MR10S and the FL1200S, an Automated Guided Vehicle system for pallet handling, Grenzebach will present two brand-new developments of innovative Intralogistics at the 2018…

As in previous years, the Grenzebach Group was able to further improve its position as one of Germany's top employers and secured a top position among the top five for the first time. 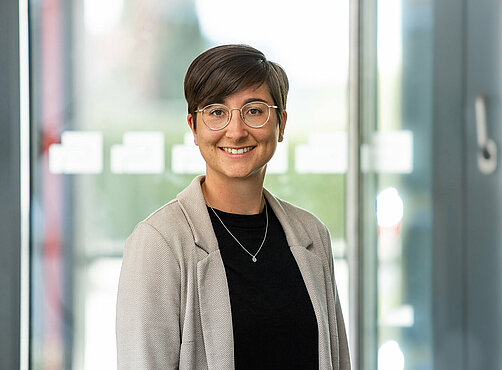