HAMLAR/ Germany. "Against alcohol in traffic" is the motto of the tenth "Grenzebach hilft" (Grenzebach helps)-project of the second-year trainees. They developed the idea for this project together with Martina Nagler, Municipal Youth Worker of the Donau-Ries district: "The ELJ (protestant rural youth) and KLJB (catholic rural youth) and the area traffic control launched the BOB campaign of the Donau-Ries district in 2011. Donau-Ries supports the campaign. With BOB, we want to motivate and reward young people, in particular, to stay true to their responsibility as designated drivers by staying sober. We need the region's support to do so. We are therefore happy to have found Grenzebach as another strong supporter of our campaign."

"For us, it was clear pretty fast that we wanted to participate in a prevention campaign against alcohol in traffic", says Alexander Bauer, Trainee as a Technical Product Designer at Grenzebach, "we were excited about the idea to build a bar that only serves non-alcoholic drinks especially for the designated drivers." The BOB bar is mobile and can be borrowed for various events, for example club celebrations or concerts. All second-year trainees - from all training professions - joined their knowledge and skills to design and build the bar.

The bar is transported in a trailer.

Due to a simple plug-in system, the bar can be quickly and easily assembled and disassembled.

Only non-alcoholic drinks are served at the BOB cocktail bar.

On July 29, 2021, Verena Geitner, Training Officer at Grenzebach, and the Grenzebach trainees ceremoniously handed over the self-built BOB bar to Friedel Röttger, Youth Education Officer ELJ, Lukas Steinheber, KLJB district round Nördlingen, and Heiner Berger, area traffic control Nördlingen-Ries e.V.. The group gratefully accepted the mobile bar and thanked all participants for their commitment and their fantastic job. As of 2022, the BOB bar can be reserved and borrowed for events from the district office, municipal youth work department. Due to a simple plug-in system, the bar can be quickly and easily assembled and disassembled. The transport of the mobile bar was taken into account from the start. The BOB bar is given out in a trailer donated by the area traffic control Nördlingen-Ries. By borrowing the BOB bar, you help to make more people aware of the prevention campaign in the district.

BOB is a prevention campaign in the Donau-Ries district against alcohol in traffic. The concept was created in Belgium. Numerous other countries adopted the idea and implemented the BOB campaign. The campaign aims to reward young people in particular with a free non-alcoholic drink for taking responsibility for their carpool by staying sober and then driving their friends home safely. By showing their yellow BOB key chain to participating BOB partners, designated drivers can receive a free or discounted non-alcoholic drink. The project was launched in the Donau-Ries district in 2011. If you want to know where to receive the BOB key chain or which partners are taking part in the campaign, you can get more information on the BOB Donau-Ries homepage (www.bob-donau-ries.de).

Ten years of social commitment. Ten years of exciting projects. An idea with a future. As a local family-owned business, Grenzebach Maschinenbau GmbH is closely connected with the region of Donau-Ries and the neighboring districts. The trainee project "Grenzebach hilft" was initiated in 2010 at the Hamlar site. Since then, Grenzebach trainees in their second year of training have implemented numerous regional ideas. "Our trainee project ’Grenzebach hilft‘ has become a permanent part of our training plan. We want to encourage our trainees to be engaged socially, to work independently, and to think outside the box", Verena Geitner explains. Their projects are as diverse as the people working at Grenzebach – from a donated bench for the BRK to a visit of the Lebenshilfe Donau-Ries e.V..

Annual donation to a good cause: Employees and company again support social institutions in the region of Donau-Ries and Bad Hersfeld.

Dual study course: semester abroad as a perfect complement to theory and practice

Patrick Schuchardt, dual student at Grenzebach and Technische Hochschule Mittelhessen, seizes the opportunity to spend a semester abroad and gains valuable soft skills for his future career and… 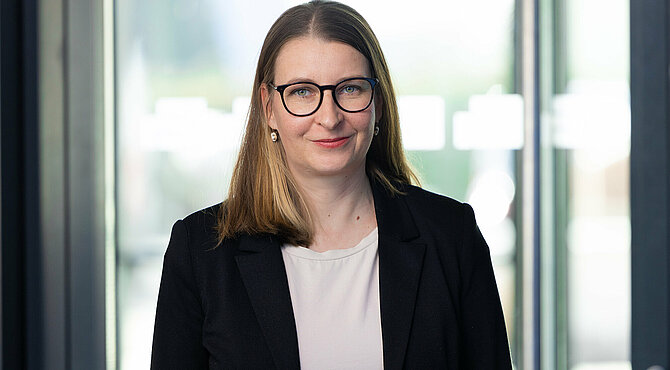